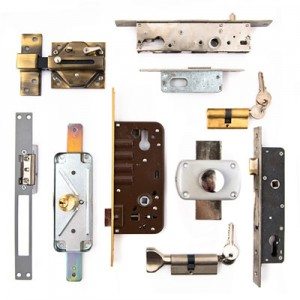 We deal with the leading lock manufactures in the industry, so we can provide you with quality products.  We stock the most common locks in our vans.  This way we can come to you and take care of you needs quickly and get you on your way.

If you are looking for something specific, we have access to almost any lock out there.  We have many resources, and we also know where to look to find the lock you need.  Our vast resources are also very affordable to get you what you need when you need it.

If you are trying to match new locks with your existing locks, we can track them down and order them for you.  If you have the lock we can find a duplicate somewhere.  Let us track down your part, and install it.  We can find the part for you, there is no need for you to use your time trying to find the part.

If you have hardware that you have purchased, we can install it for you.  Our experienced techs have the knowledge to install any lock you may have, and get your home secure the way you want and need.

There are many factors involved when choosing residential locks. You have to consider safety, convenience, aesthetic, and price to name a few. The type of locks you choose may even affect your home insurance costs. Whether you’re renovating or choosing locks for your new home, this article will provide you with a comprehensive guide to the most common residential locks.

Combination and key-based padlocks are some of the most common locks available. Unfortunately, these are fairly easy to pick or break, which is reflected in their price. Though they are not typically used on residential doors, they are highly portable and can be used as a temporary solution, or in combination with a sliding bolt latch to lock a shed or garage, for example. Padlocks can be combination-based or key-based, and some are key-retaining so that you cannot remove the key while it is unlocked. 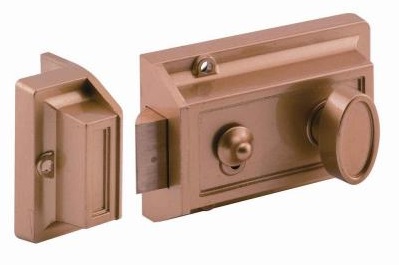 This type of lock is operated with a key from the outside, and small lever or handle on the inside. The door locks itself when pulled or ‘slammed’ shut. Most nightlatches come with a snib function which holds back the latch, leaving the door unlocked until the snib is released. This type of lock is commonly used on front and back doors. It is often used in conjunction with a deadbolt or another type of lock for added security. Most retailers will sell these and one popular brand that makes nightlatches include Era. These locks are relatively cheap and easy to install. They are also simple to operate. Prices range from around $40 for simpler models to about $300 for the more advanced models.

These popular door locks operate with a key from the outside and a thumbturn on the inside. A flip guard, which prevents the lock from being picked and unlocked from the outside when enabled, can be installed around the thumbturn for added security. Single cylinder deadbolts are frequently used in combination with a keyed door knob or lever handle on exterior doors. These locks include Euro Profile Turn Cylinders, and can be developed to various security standards. See Schlage’s variety of single cylinder deadbolts, for example. 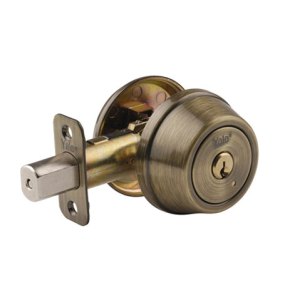 Double Cylinder Deadbolts are considered to be more secure than their single cylinder counterparts because they are operated using a key on both the inside and outside. This type of lock can pose a safety hazard in emergencies as the exit will be obstructed without a key, which is certainly a factor to consider, especially if you have children. offers various brands including Era, Yale, Cisa, and Iseo. 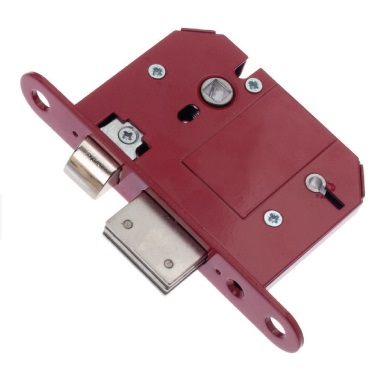 These are two different types of hybrid cylinder locks with much in common. They are considered more secure than standard deadbolts, and therefore frequently used in commercial and apartment settings.

Mortise locks require a pocket (the mortise) to be installed inside the door frame to contain the locking mechanism. If the lock includes a non-locking sprung latch operated by the door handle it is known as a sash lock. The simpler form without a handle or latch is known as a deadlock. The latter is commonly used as a secure backup to a sprung non-deadlocking latch. See Era for their variety of mortise locks.

Rim cylinders, on the other hand, are used with surface mounted locks operating from a tailbar, ie nightlatches. They have a long tailpiece that extends from the tailpiece (keyhole) through the door and into the locking mechanism on the other side. 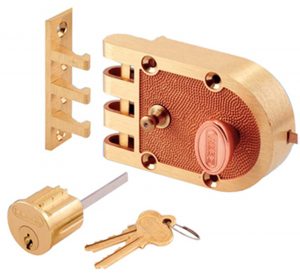 The jimmy-proof deadbolt is a variation on the standard deadbolt. It is sometimes referred to as a Segal lock, after the company that first designed it. It is mounted on the surface of the door, requiring minimal modification to the door during installation. It is commonly used on double doors and apartments for this reason. It is most popular as an added security feature in addition to a more traditional door lock. This type of lock is characterised by a deadbolt which interlocks with the jamb bracket, making it much more resistant to excessive force than a standard deadbolt. One company that sells such locks is link.

As digital and smart technology advances, so do locks. Digital locks have been used in cars and hotels for years, but are growing in popularity for other applications as well. They are designed to be operated using a key code or swipe card. They can take a wide variety of forms.

Smart locks are a step up from digital locks, and can be operated using a smartphone. The smart technology replaces the thumbturn element of a traditional lock, and allows you to operate the lock remotely. These are, of course, much pricier than traditional locks. Some brands that offer such modern lock technology include August and Schlage.

If you have questions about your lock hardware in Denver or would like to make an appointment contact Broadway Lock and Key today! We are your local locksmith in the Denver Metro area!